Our first installment looks at 10 GREAT PLACES TO MEET IN CANADA.

To learn more about the venues featured in this video, visit the websites listed below. 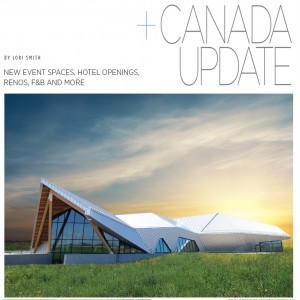