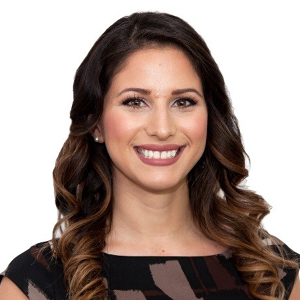 Tania is a passionate and energetic hotel sales professional and human rights advocate. She is a Group Sales Manager at the Hyatt Regency Toronto, and a dedicated volunteer with Meeting Professionals Against Human Trafficking (MPAHT).

Having graduated from Hospitality Management in 2013, Tania has grown an extremely successful career with many of our industry’s leading hospitality brands. Through her leadership role with MPAHT, she has been spearheading the Human Trafficking Awareness Campaign in our industry since 2017. She has researched the topic in depth by interviewing human trafficking survivors, law enforcement, social workers, government officials, and attended several trainings and conferences.

A winner of the Ontario Hostelry Institute 2019 Top 30 Under 30 award, Tania has educated more than 700 hotel industry and meeting professionals on the role they can play to end human trafficking. She presented at the Tourism Industry Association of Ontario 2018 Annual Summit, the Hotel Association of Canada Conference in 2019, and was recently interviewed on CBC radio on her efforts to spread awareness of human trafficking as it relates to our industry. Tania is committed to bringing attention to this crime that is too often “hidden in plain sight”.