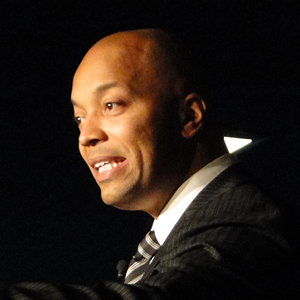 A true entrepreneur, Stephan Maighan is the co-founder of Maighan Distribution, a company that imports and wholesales baby, kids and wellness products to over 600 retail stores across North-America including Indigo, Best-Buy and Well.ca. He is also the founder of Mentora Inc, a training and consulting company for leaders, managers, employees and entrepreneurs.
His human approach to leadership and his zero-excuse attitude have attracted international attention and have earned him invitations to meet with an array of leaders and organizations, including: Stanley, Costco, Bombardier, Nikon, Nespresso, Price-Waterhouse-Cooper and IBM. His list of current clients also includes several Government agencies, the Canadian Armed Forces and the Department of National Defense.
He also had the honor of sharing his ideas at the ESSEC Business School in Paris, the Military Symposium on Cybersecurity, the Ministry of Economic Development and the Ministry of Foreign Affairs, among others.
Since 2011, he has accepted the role of spokesperson for the Heart and Stroke Foundation of Canada and contributes actively to the Foundation’s activities nationwide.
In 2018, her Excellency the Right Honorable Julie Payette, Governor General of Canada, awarded him the «Sovereign’s Medal for Volunteers», an official honour created by the Crown to celebrate and recognize the exceptional volunteer achievements and the wide range of voluntary contributions of some Canadians. This medal honors their passion, dedication and commitment both in Canada and abroad.
His first book, «Take charge of your life», which will also be available in English later in 2019, has rapidly become a best-seller and has been chosen favorite on French radio and television. Many have also heard him on 104.9 FM while he was hosting his weekly radio show called “Attitude Matters”.
As a sought-after keynote speaker, Stephan Maighan is invited to speak around the globe at over 75 events per year.
Stephan and his wife have been married for over 20 years, together they have a 21-year-old daughter, a McGill University student and a 24-year-old son, entrepreneur and former Concordia University student.