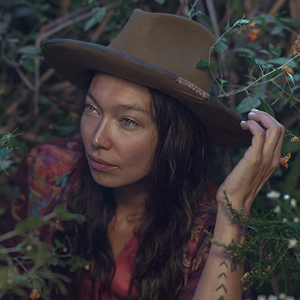 Sarain Fox is a Canadian Anishinaabe activist, broadcaster and filmmaker. A storyteller at heart, Sarain combines various mediums to amplify the voices of her people in hopes of creating meaningful dialogue between Indigenous and settler communities. Sarain has built her career at the cross-section of activism and media. In 2020 she founded Land Back Studios a production company focused on authentic storytelling in new-media, television and film. She is most noted for her 2020 documentary film Inendi, for which she received a Canadian Screen Award nomination for Best Host or Interviewer in a News or Information Program, and currently runs on CBC GEM. You’ve seen Sarain in the larger than life billboards & videos for Sephora’s ‘We Belong to Something Beautiful’ initiative, and this year she took a leadership role as a consultant behind the scenes too for their National Indigenous History Month Campaign, to amplify the voices of Indigenous Peoples in Canada, while paying homage to their knowledge, wisdom, diverse strengths, and teachings. As an Indigenous Entrepreneur, AMEX Canada partnered with Sarain for the launch of their Blueprint campaign to support BIPOC Businesses.