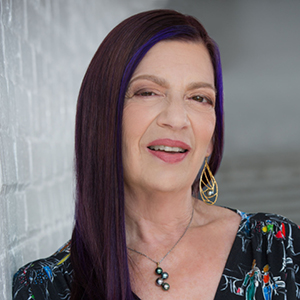 Sandy Biback has been a member of the conference/business/event business for over 35 years.  She has, along the way, worked for planning companies, a hotel and owned her own professional planning consulting company since January 1990.

Sandy has, for about 15 years, taught hospitality and conference management at a variety of Ontario Canada colleges and online for the University of Nevada at Las Vegas.  She has served on countless boards within professional associations, including being one of the founders of an independent planning consulting association in Canada.  She has collaborated on industry text books that have been used in colleges and universities.  Sandy has spoken at many industry events; has been published widely.  Along the way she has continued to learn, and grow within her own profession.  She has won several awards for her work, her teaching and her mentoring.

Sandy officially retired in 2017.  Aligned with her retirement, she began researching the horrors of sex trafficking and realized it WAS happening in hotels at all levels; at conferences; at sporting events, etc.  She formed Meeting Professionals Against Human Trafficking (www.mpaht.com) as a grassroots organization with a group of passionate professionals, to create awareness and collaboration between planners and hotels.  Ultimately MPAHT wants to see every planner ask about training of every hotel they intend to use AND to see every hotel have training in place for all staff.

Sandy has been named a 2019 Smart Women in Meetings Award winner in the AInnovation category. This prestigious awards platform honors women who are making significant impacts on the meetings industry and inspiring female meeting ambassadors worldwide.

Sandy has been married to Stephen for over 50 years, has two grown daughters and a teenage grandson.  She is grateful for the financial stability to allow her to do the work she is doing.

She can be reached at s.biback@sympatico.ca