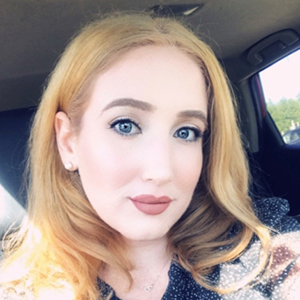 Ms. Furgiuele is a Canadian survivor, speaker and consultant with Timea’s Cause Inc. and was trafficked for the purpose of sexual exploitation by Canadian sex traffickers.

Ms. Furgiuele is the oldest of her three siblings and grew up in a prestigious area of a lakeside community called Oakville, Ontario. Michelle grew up in a upper middle class and was known to be the responsible child of the crowd and was often left to look after her younger siblings while the parents took the boys for hockey tournaments across North America. At the age of 15, Michelle was approached on Facebook by strangers, then groomed, and eventually trafficked. She was trafficked until she was 25 years old.

Ms. Furgiuele began her healing journey and was put in touch with a survivor lead organisation Timea’s Cause, formerly known Walk With Me Canada. Through her work with the organization, Ms. Furgiuele has been presenting for high schools, elementary schools, Police Agencies, Service Providers, Financial Institutions, the Hotel and Hospitality industry, and more. Ms. Furgiuele has co-written several manuals on how to detect Human Trafficking and has assisted victims in crisis. Some of the agencies she has assisted are the Ontario Provincial Police, Waterloo Regional Police, Lindsay Police, American Express, DeliverFund United States, and Houston Police Department just to name a few. Ms. Furgiuele is also the co-founder of Timea’s Market, a social enterprise that employs and supports victims of sex trafficking in Canada.