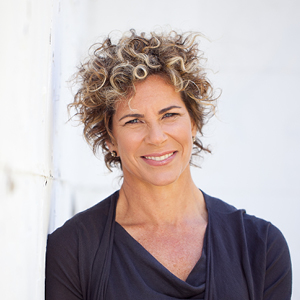 Marnie McBean is one of Canada’s most decorated Olympians, and an expert in turning potential into performance. As Canada’s chef de mission at the 2020 Tokyo Olympics and a former Specialist in Olympic Athlete Preparation and Mentoring for the Canadian Olympic Committee, McBean prepared athletes emotionally and psychologically to ensure that they performed at their highest level. Drawing on her years of experience as a performance coach and a top competitor herself, she leaves audiences with a recipe for success that can be applied to all endeavours.

McBean has attended 10 Olympics games as an athlete, member of the media, mentor, and chef de mission. She is one of only two Canadians to have ever won three Gold medals in the Summer Olympics, and one of only two women globally to have won a medal in all the Open Women boat classes. In total, McBean has won 12 World and Olympic medals. At the 2020 Tokyo Olympics, McBean made headlines cheering on Team Canada as their chef de mission, where she acted as a spokesperson for the team, and a mentor for the athletes, coaches, and staff, all with the aim to create an inclusive environment conducive to optimal performance.

In recognition of her record-breaking rowing career, McBean is a member of Canada’s Sports Hall of Fame. She is also actively involved in helping to promote the safety, health, and activity of Canada’s youth, and was named an Officer of the Order of Canada, and has been awarded with both the Governor General’s Meritorious Service Medal and the Queen Elizabeth II’s Diamond Jubilee Medal.

McBean holds a degree in kinesiology from the University of Western Ontario, as well as three honorary doctorates, and is the author The Power of More: How Small Steps Help Us Achieve Big Goals.