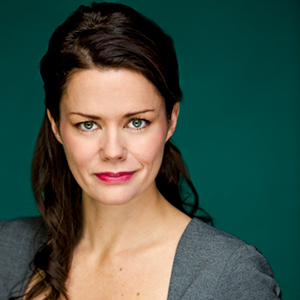 Christy Bruce is originally from Calgary and started improvising when she was 16 at The Loose Moose Theatre under improv guru Keith Johnstone. She has been with the Second City since 2001, and after doing shows on their Toronto stage for 3 years, she joined Second City Works. Christy has been performing, improvising, and facilitating workshops for them across North America and as far away as Monaco and Bosnia and Herzegovina. Some of the companies she’s done workshops for include BMO, Sunlife, Canadian Tire, Lululemon, IBM, RBC, Capital One, and Fidelity. She also teaches at SC’s training centre. As an actor, some of Christy’s TV work has been on The Handmaid’s Tale, Schitt’s Creek, Designated Survivor, Orphan Black, The Strain, and a whole bunch of commercials selling everything from soy milk to cars. She’s also appeared on Broadway with Kim Cattrall and Paul Gross and performed in London’s West End.