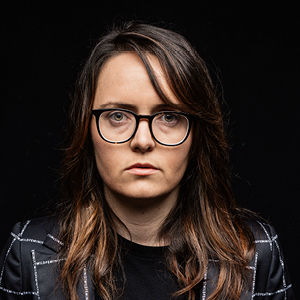 Emma Mcilroy is a queer-feminist-Irish-immigrant-female-CEO. As founder and CEO of Wildfang, she’s been smashing the patriarchy and gender norms in fashion and beyond since 2013. Much longer if you count dressing as Captain Hook for Career Day in 2nd Grade. It started with the radical belief that a womxn has the right to wear whatever the hell she likes and be whoever the hell she likes. And speaking of rights, in 2018 alone, Wildfang raised over $500k for charities that support reproductive, immigrant, and women’s/human rights.

In addition to the many qualifiers above, she is also a Simpsons-loving, whiskey-drinking, sports fanatic, and a mentor to numerous womxn and queer entrepreneurs. Last year, she was named one of Inc.’s Female Founders 100, Oregon Entrepreneur of the Year by OEN, and Executive of the Year by the Portland Business Journal, and her “Yeah Maybe” TED talk garnered over 100k+ views.

Wildfang is a multi-million dollar omni-channel business with 4 stores in 3 states, and has been featured in the Guardian, the New York Times, Vice, Refinery 29 and Vogue. They’ve also built a fanbase of badass celebs includ-ing Janelle Monae, Chvrches, Lizzo, Rachel Evan Wood, and Blondie, to name drop a few. Which is almost as crazy/cool as building a cult brand from the ground up. Let’s call it a tie.