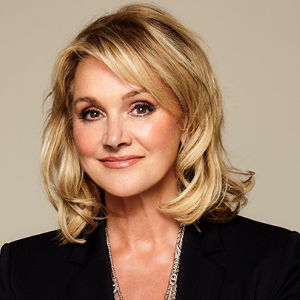 Known for her fantastic, dry British wit, Debbie Travis is the centre of a small business empire that has made her a beloved household name and television icon around the world. Her popular TV shows have aired in more than 80 countries, her weekly syndicated newspaper column draws more than 2 million readers, she’s published 10 bestselling books sold worldwide, and her branded product line covers everything from home décor to wine. Debbie has appeared many times on the Oprah Show, Kelly Ripa and The Today Show and is a regular on the Marilyn Denis Show. A sought-after speaker, Debbie’s innate ability to connect has made her an inspiration for people everywhere. She speaks to her trailblazing career and entrepreneurial success, and motivates her audiences to find balance and vitality and their own personal joy.

Born in England, Debbie began her career as a producer for several British networks. After moving to Montreal, she merged her passion for design and TV by creating one of North America’s first decorating shows, the popular Debbie Travis’ Painted House, which ran for 14 seasons. This was followed by Debbie Travis’ Facelift, the first reality design show; two primetime shows, From the Ground Up and All for One; and her heart-warming and often hilarious mini-series La Dolce Debbie where she restored a 13th century Tuscan ruin into a gorgeous boutique hotel.

A bestselling author, Debbie has published 10 books, with her most recent being Design Your Next Chapter: How to Realize Your Dreams and Reinvent Your Life. This book is a heartwarming, enlightening, and laugh-out-loud mix of self-help and autobiography on how to reinvent yourself after one chapter closes. Her new book published by Penguin Random House will be launched spring 2021