Plump escargots repose on watercress risotto rich with gruyere and garnished with potato chips. Sweet tomato jam, and a slaw made with jicama and fennel, animates meaty pan-seared crab cake. 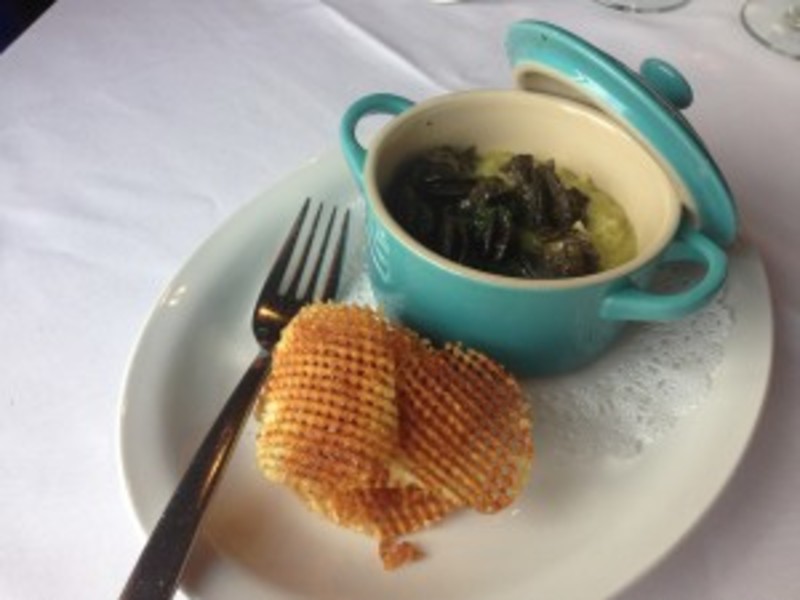 Roasted, bacon-wrapped ballotine of chicken is tender and tasty, and flattered by roasted squash puree, Brussels sprouts and baby carrots.

Tu Casa’s private room seats 16 and the restaurant also hosts larger groups, of 20 to 25. Dining room is available for private functions on Saturday and Sunday afternoons.