About a year ago, hospitality industry veteran Trevor Lui along with some partners launched Kanpai, in Toronto’s leafy Cabbagetown neighbourhood, dishing up Taiwanese-style snacks.

Early on a Thursday night, the joint is jumping, with a boisterous birthday celebration taking up the back corner and most of the remaining wood-topped tables filled to overflowing. It’s an intimate, fun space, buzzing with energy and decked out in a boho-chic look of reclaimed wood accented by Edison bulbs. A busy open kitchen, and a dazzling hip hop soundtrack, further animate the room.

Chef Ike Huang draws inspiration from the street food served at Taiwanese night markets. At Kanpai, everything is either steamed, wok-seared or deep-fried. Flavours are intense; textures, pitch-perfect — for example, in the irresistible snack plates, deep-fried anchovies tossed with crunchy peanuts, and crisp fried red chilies dusted with spice and speckled with crunchy peas. 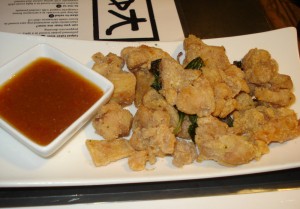 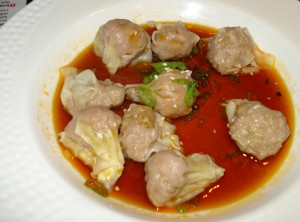 Impeccably tender and subtly sweet pork, presented on a sizzling platter, is another highlight, along with the Red Rooster rice stir-fried with pork and veggies and kicked up with Szechuan pepper sauce. House-made wontons, sheathed in ultra-thin wrappers, stuffed with juicy pork and drizzled with aromatic chili oil, are not to be missed.

Throughout the evening, Lui manages the front-of-house with aplomb, boundless energy and good humour.