In early 2015, Peter Pan Bistro, on Toronto’s Queen Street West, reopened with chef Noah Goldberg at the helm. The restaurant has a storied pedigree, having opened in the 1930s as Peter Pan Lunch, and in 2014, Goldberg bought the business and set about having the space refurbished. The room’s facelift, spearheaded by designer Jessica Ingwersen, evokes 1930s Paris Art Deco via hardwood floors, wood banquettes, dark-wood bar back, tin ceiling, 20-ft. marble-top bar and pendant lights.

Adding abundant charm are three-dimensional wall-mounted tapestries depicting deer, moose and bear heads sheathed in carpet. It’s a beautiful space that honours the restaurant’s past, yet firmly roots the space in the present.

On the plate, chef Goldberg brings strong attention to detail and technique to a menu of unfussy, flavourful dishes anchored by local, seasonal ingredients. A cream-based puree, intensely perfumed by stinging nettle, is one of the most velvety, luxuriously textured soups I’ve had, period. Soft cauliflower florets pair brilliantly with quinoa and red watercress moistened with a bright-tasting sherry vinaigrette. 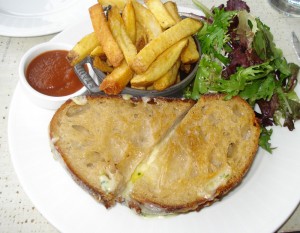 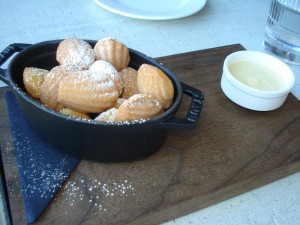 A series of second-floor private rooms (with patio) together seat 90 and accommodate 118, cocktail style. Queen Room seats 35; Peter and Soho Rooms each seat 25.