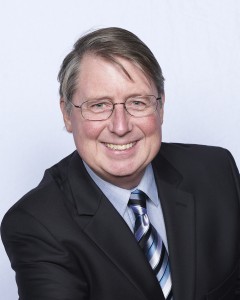 It is always difficult to judge what the meetings and incentive industry pays because there are so many different categories of occupations.  Based on reports from the last few years, men tend to make more than women (is that a gender based salary decision or due to the fact that men tend to occupy more management positions?), university educated planners are paid more, and it is more lucrative to be working for a corporation than a non-profit entity.

Even if you believe the salary numbers reported by the various media might not be one hundred percent accurate, the published figures give all of us a starting place to see how we are doing.

It was interesting to me that in September the Global Business Travel Association (GBTA) released its salary survey results, and reported that the average compensation for travel managers had risen five per cent in the past year to $110,000 USD (http://www.businesstravelnews.com/Travel-Management/GBTA–Travel-Buyer-Compensation-On-The-Rise/?a=mgmt).   Compare this to the average annual Canadian planner salary of $60,000 CDN as reported by M+IT in its annual salary survey released in June (/digital-edition/?pc=MIT&id=17803).

Why are travel managers perceived as being more valuable to their employers than meeting planners (or alternatively, why are planners perceived as being worth less)?  I know when I was at Bombardier Aerospace and had responsibility for both corporate travel and M&E, the audiences I spoke to about my two main areas of responsibility were totally different, as was the level of the conversation.

When I discussed corporate travel policies, preferred hotel chain agreements, or negotiating airline contracts, I would be speaking with the president and the chief financial officer.  The conversation was usually numbers based – percentage of employee compliance, rebates earned or costs avoided, and the dollars spent and saved.

However, when I discussed meetings and special events it was normally with the project budget owners, the directors of sales, and occasionally with the vice-president of Marketing.  Events were seen as a function of the business units, not as a corporate directive.  The impact was seen as less measurable – more about the intent to buy or promote rather than a strict measurement of sales versus expenditures.  My total meetings budget might actually have been larger than the company’s travel budget, but the fiscal impact was spread throughout the organization rather than being seen on the corporate operating statement.

Both corporate travel management and event planning require strong attention to detail, good negotiating skills, and a willingness to go the extra mile. The level of conversation and the measuring of results is probably the biggest differentiators between the two roles.

Want to have more responsibility within your organization and possibly increase your compensation?  Elevate your conversation, make sure you measure results in a scientific manner, and be prepared to discuss how to increase ROI.  Champion strategic meeting management initiatives and know the financial impact of everything you do.

– Les Selby is the Director of Meetings & Events for Aimia’s Channel and Employee division in Canada.  He has been a corporate, third party and independent event professional for over 25 years.  Les has earned both his Certified Meeting Professional (CMP) designation and his Global Certification in Meeting Management (CMM). Inducted into Meeting + Incentive Travel Magazine’s Industry Hall of Fame in 2009, he is an active member of Meeting Professionals International (MPI). He served on the Toronto chapter’s Board of Directors, and was the 2000-2001 chapter president. In 1997, Les was recognized as Planner of the Year by the MPI Toronto chapter, and received the President’s Award for 2009. He can be reached at les.selby@aimia.com.