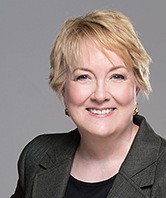 Today National Meetings Industry Day (NMID) celebrates its 20th anniversary. If you’ve read the Leadership column in the March.April issue of Meetings + Incentive Travel, its formation is owed to a group of event professionals, who were inspired—and determined—to create an event that would elevate the industry in the eyes of government and business. However, the day’s continued success is due to the legions of planners and suppliers who have organized, supported and attended NMID events for all the years since.

Last year, our NMID was adopted in the United States and Mexico and morphed into North America Meetings Industry Day. This year it has achieved another milestone: it is being celebrated by Meeting Professional International (MPI) chapters around the world. The launch of Global Meetings Industry Day (GMID) is something the Canadian meetings community has a right to be very proud of.

There are other accomplishments too. The MPI Foundation Canada developed and fielded the first three editions of the ground-breaking Canadian Economic Impact Study (CEIS). Now, the Business Events Industry Coalition of Canada (BEICC) has taken the CEIS reins and is working with Ryerson University on the fourth edition. This survey and resulting report have become templates for other planning communities seeking to demonstrate the industry’s value to their respective governments.

The last two decades have also seen strides made in the area of event education and certification. More companies are requiring that event planning job candidates have the appropriate degree or certificate. And the Certified Meeting Planner (CMP) and Certificate in Meeting Management (CMM) are being given greater respect as professional designations.

These achievements and the generation of planners who created, implemented and drove their success should be celebrated. They gave (and still give) enormous amounts of time and energy to better the industry. But, though the industry has come a long way in 20 years, there is still a lot of work to be done to reach the goals set out in 1997.

The 2008-09 recession revealed a government and business readiness to cutback on meetings and eliminate planner jobs because it was perceived that the work could be easily outsourced or handled off the side of someone else’s desk. The downturn also demonstrated how ready the media is to vilify an industry it still doesn’t understand—a lack of understanding shared by the general public. In addition, the industry still struggles to make many CEOs understand the real ROI of meetings and events.

— Lori Smith is the editor of Meetings + Incentive Travel and meetingscanada.com.