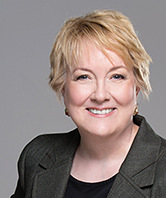 At 1:24 p.m. on Monday, October 26th, I received a text message from Alanna McQuaid, the magazine’s ebullient international business development manager. She wrote that she was having chest pains and was in the emergency department at Mississauga’s Trillium Hospital. By nightfall the doctors were saying she’d had a heart attack. She was admitted to the coronary care unit and in the ensuing days underwent a battery of tests. By Thursday, it was determined that she hadn’t had a heart attack and there were no arterial blockages. What she had was stress-induced cardiomyopathy, also known as Broken Heart Syndrome.

None of us had heard of Broken Heart Syndrome. We Googled it and learned that it was “a reaction to a surge in stress hormones that causes a swelling and unusual movement of the lower left heart chamber,” which in turn produces “sudden, intense chest pain.” We learned that it was more likely to happen to women than men. And, we learned it could strike anyone.

Alanna’s recovery is going well. She is taking part in a doctor-ordered stress management program and working with a personal trainer on lifestyle changes. She will be back and healthy in January!

I’m sharing this story, with Alanna’s permission, because the gender make-up of the meetings and incentive travel industry is roughly 80 per cent female to 20 per cent male. In addition, it’s a stress-filled industry, loaded with deadlines and demands. In fact, it’s so stressful that event coordinator took the number five spot on CareerCast’s 2014 study of stressful jobs, bested—if I can use that term—by enlisted military personnel (#1), military general (#2), firefighter (#3) and airline pilot (#4).

Anyone who has ever been told by their doctor to reduce stress knows that it’s easier said than done. While the destress prescription is straightforward—exercise, eat right, meditate, cultivate social relationships, learn to say “no,” etc.—we stumble in filling it because life’s challenges cannot be turned off like a tap. And we live in a world of relentless expectations. Every day we are asked to do more, often with less. At the same time, we are required to be better, faster, smarter. We juggle jobs, family and more. We should be superheroes but inevitably a ball drops. Or, a heart breaks. We’re only human after all.

So I end 2015 with two questions on my mind: How do you mend a broken heart? And, how do you prevent more hearts from breaking?