I returned once again to Nirvana restaurant, in Mississauga, Ont., for its consistently excellent northern Indian fare.

Just when I thought I couldn’t find a cauliflower dish I like as much as Nirvana’s aloo gobhi (sauced in an subtly spiced gravy and mixed with chunks of tender potato), along comes the sweet and sour cauliflower. The veggie nuggets are swathed in a crunchy, greaseless batter coated in a sophisticated sauce that’s sour and not-too-sweet. Seconds, please. 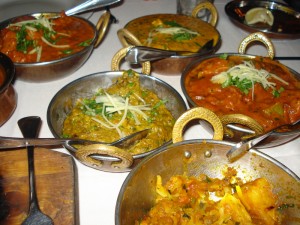 Tender strips of fish sit in a rich masala sauce, while moist pieces of chicken sing with a yogurt marinade alive with fresh mint and cilantro in a knockout hariyali prep. Lamb chops are expertly cooked in the tandoor and swim in a thick, assertively flavoured sauce. Cumin and coriander perfume a rich salsa of onions, green peppers and tomatoes that adorns springy kadhai shrimp.

An inventive treatment of paneer involves those cubes of mild cottage cheese afloat in a cashew cream garnished with fresh ginger and coriander.

We finish with kulfi (India’s version of ice cream, only denser, richer and better), one flavoured with deeply aromatic coconut and another with nutty pistachio.

A glassed-in tandoor kitchen highlights a spacious, high-ceilinged room. The restaurant, which seats 220 people, is available for group buyout. A private room seats 40. Nirvana also offers meeting and event catering (featuring a portable, charcoal-fired tandoor oven) for up to 1,000 people.