It had been some time since I’d experienced the upscale Chinese plates at Susur Lee’s Luckee restaurant, in Toronto’s SoHo Metropolitan Hotel, so I headed back to see what the kitchen was up to.

My most recent visit showed that the kitchen is more assured than ever.

Filled with tofu, ginger, green onion, chicken cheung fun rice roll is a must-try, as are steamed dumplings made with spinach and Chinese celery.

Seafood is a strength, as evidenced by quick-sauteed scallops, very tender and wearing a sweet soy-glaze crust, and springy kung pao shrimp with cashews. Delicate Hong Kong-style sea bass is simplicity itself, steamed with soy, leeks and ginger.

Cooked sous-vide for 72 hours, short ribs could not be more tender.

Tiny cubes of pheasant, celery, preserved radish, jicama and mushrooms are compressed into a delicious mound. With lettuce cups, they make a light, satisfying dish. 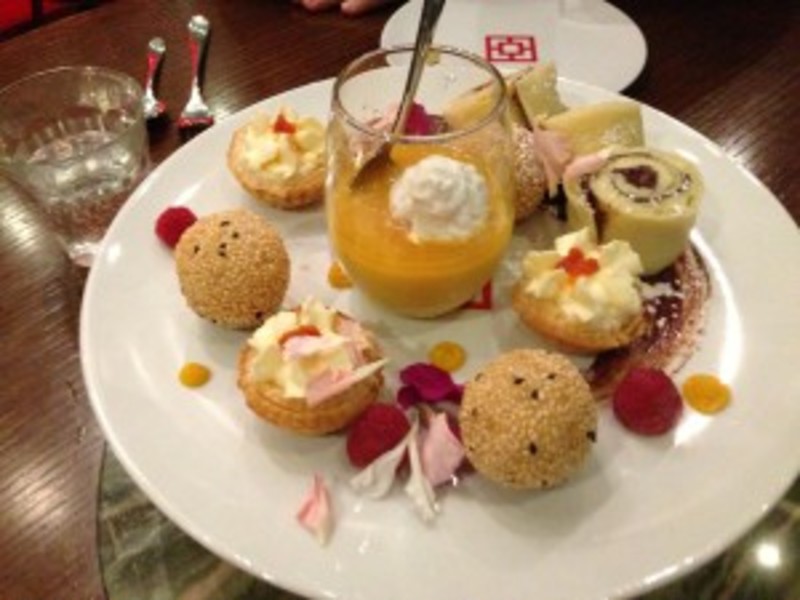 Chinoiserie. The vibe is casual and family-friendly, with lots of hard surfaces and bright colours. A glassed-in open kitchen provides a glimpse into the culinary brigade’s efforts.

The restaurant is available for half and full buyouts, and can host up to 120 people for seated dinner. A private dining room can host 12 to 24. Parties larger than 30 are hosted in the Apothecary section and are considered a half buyout.