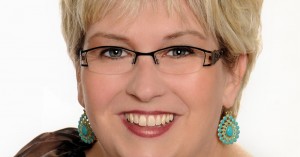 Venue rental contracts, in their first draft form, have been carefully crafted by the venue’s legal counsel to shift the brunt of financial and logistical risks to the event host, and maximize the venue’s revenues.

Venues are rightfully protecting their own interests to the maximum extent.  In very few instances does a first-draft venue contract come with a balanced approach that protects the interests of the event host, too! Why is this acceptable in 2016? Why are we, as event hosts, not starting our negotiations with venues in a better position? In my opinion, it is because we as planners (and as an industry, although that is an article for another day!) don’t consistently and sufficiently challenge the status quo.

As professional planners and event hosts, we need to request and expect contracts that protect our interests, too. We need to academically know, deeply understand and clearly articulate what is needed to achieve a balanced, well-negotiated contract. Riding on a “wing and a prayer” exposes us and our events to unnecessary risk. Even though here in Canada we work in a non-litigious culture, it is my opinion that we will be there one day! And even if we don’t, why take any unnecessary risks? I’ve seen cancellation clauses in signed contracts that would sink an organization—just because there was a lack of sophisticated knowledge on behalf of the event’s negotiator! I’ve seen a high-risk activity’s venue contract without indemnification clauses—for either side.

Well-negotiated venue contracts are the foundation of great events; they set the stage (no pun intended!) upon which to build your event. So, what does it mean to be “well negotiated”? To me, it means that the event host/planner has methodically, strategically and expertly reviewed, and then countered, all clauses within the contract. To me, well negotiated represents “balanced.” This means both the risks and the rewards of the contract are shared by the venue and the event host.

Achieving a balanced venue contract is not for the faint of heart. It requires expertise, tenacity and confidence!

In my work as a seasoned planner and venue contract consultant, I have heard comments from planners such as, “I’d rather have a root canal than review a contract”; “I just want to get it off my desk”; and “I don’t want to be known as a red-ink planner.” On the other side, venue partners have said, “It scares me when contracts come back signed with no changes”; “I’ve never been asked for that before”; and “No one has pointed that out before.” All of these statements give me pause and concern.

So, where does the confidence to negotiate a great venue contract come from? It comes from studying, practicing and seeking expertise. It comes from recognizing that contract negotiation is a core and critical part of our professional role. It comes from participating in education that digs deep into the confusing clauses, into clauses shrouded in legalese, and into clauses that are not included, but need to be to protect your event. Confidence comes from tackling head-on the content of a contract rather than hoping “it will all work out.” It comes from knowing what you are asking for, the value of what you are asking for and that it is in proportion to the value of your event. And finally, confidence is learned from being able to ask for help because you just don’t know what you don’t know!

One of my favourite quotes comes from the renowned American lawyer John Foster Esq. He said: “Before a contract is signed, it’s called negotiations; after a contract is signed, it’s called begging.” No one, on either side, wants to be in a position to beg or plead when things go sideways—and something always will! As a professional event planner, and one that takes the role of contract negotiations very seriously, I am of the opinion that our profession is ready to embrace the seriousness of our contract responsibilities, engage in Canadian contract education and legal counsel, and move our industry status quo forward!