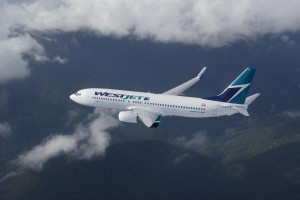 “Over the last three years, we have watched WestJet Encore become the world’s fastest growing operator of the Q400 aircraft – carrying millions of guests from coast to coast across Canada and into the U.S.,” said Fred Cromer, president, Bombardier commercial aircraft.

WestJet recently exercised its final nine options to bring its Bombardier Q400 order to a confirmed 45 aircraft at a list price of $1.59 billion USD. The Encore fleet represents one of the largest purchases of Ontario-made Q400 aircraft in the history of the province’s aerospace industry and supports some of the best manufacturing jobs in this critical sector of the Canadian economy.

“WestJet Encore remains committed to evolving our network offerings and our guest experience to guarantee that we’re meeting the needs of all Canadian travellers,” said Pugliese. “We’ve had an exceptional three years thanks to the guests and communities we serve and know that even better days are ahead.”

Based in Calgary, WestJet  is Canada’s highest-rated airline for customer service, and offers scheduled service to 100 destinations in North America, Central America, the Caribbean and Europe.

Through the company’s regional airline, WestJet Encore, and with partnerships with airlines around the world, the carrier offers flights to more than 150 destinations in more than 20 countries.