“We are excited to welcome two award-winning hotels to Vrancor Group as we continue to pursue our smart-growth strategy” said Darko Vranich, CEO and president, Vrancor Group. “We pride ourselves in creating a sense of uniqueness and individuality for each of our properties and we are excited to expand our vision to create inspiring, award-winning environments within the dynamic business environments of Mississauga City Centre and Toronto-North York.” 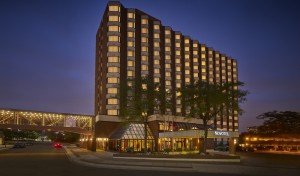 Located in the heart of Mississauga, the Novetel Toronto Mississauga Centre is directly across the street from Mississauga City Hall, Mississauga Living Arts Centre, Celebration Square and one of Canada’s largest indoor shopping complexes, Square One Shopping Centre. The hotel is a proud recipient of the 2015 Mississauga Business Times “Readers Choice Top Performing Hotel” award.

Mississauga, Ontario is Canada’s sixth largest city, with a population of 752,000. It is home to Lester B. Pearson International Airport, Canada’s busiest airport with nearly 32 million guests annually. The city is also home to more than 54,000 businesses, including 60 Fortune 500 companies with either Canadian or Global head offices within city boundaries. 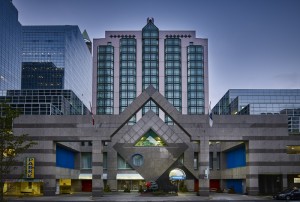 North York is a former municipality in the City of Toronto and today is part of the Greater Toronto Area. Geographically, it comprises the central part of the northern section of Toronto, with a population of over 700,000 people. North York is well connected with three subway stations running along the Yonge Street corridor. Downsview Airport will be the future site of the Centennial College Aerospace Campus. Within the area, Shoppers Drug Mart, Procter & Gamble, Nestle, Cadbury Adams, Lindt & Sprungle, Equifax and Xerox maintain their Canadian corporate headquarters. The Government of Canada also has significant office presence. Other area key demand generators include York University, Downsview Park Sports Centre, Toronto School Board, Seneca College, Osgoode Hall Law School and Yorkdale & Fairview Mall shopping centres.