Bill Lewis, general manager of the Magnolia Hotel & Spa, has been appointed to the role of Tourism Victoria Board Chair, for a two-year term. 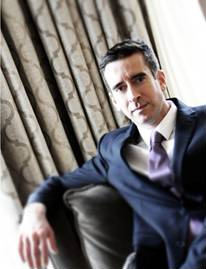 Lewis was appointed to the role of First Vice Chair by his board peers in 2013 and this month he will take the reins after the two-year succession period. He is the first hotelier to chair the board in 10 years.

“I am looking forward to helping the Tourism Victoria management team strengthen our tourism industry for future generations,” said Lewis. “Our objectives are to help move along key priority initiatives to strengthen and reinforce our position as tourism leaders and innovators within BC and Canada.”

One key initiative that Bill hopes to have an impact on is the Belleville Street Terminal revitalization including infrastructure and safety upgrades. “A new terminal for the Coho and Clipper ferries will have a significant impact on our city’s tourism industry, making travel quick and seamless between our city and important Washington State ports.”

Paul Nursey, president and CEO of Tourism Victoria, said that he was looking forward to working with Lewis as Victoria moves through a period of significant investment and ongoing growth. “If his expert leadership chairing the Sales and Marketing Committee is anything to go by, we are in good hands.”