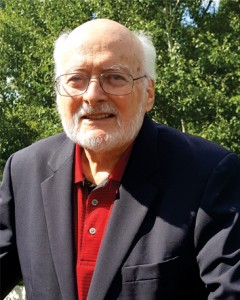 Founded by Shawna Suckow in 2008, SPIN has quickly grown to 3,000-plus senior planner members who have at least 10 years’ experience. “SPIN is ready to move to the next level of growth, and value to both our planner members and our supplier partners. I know Rod has the industry experience, reputation, relationships and business savvy to help us do that,” said Suckow.

A former association executive, Abraham left his senior vice-president position to pioneer outsourced meeting management services. He is also the founder and former chief executive of PMPN, the Professional Meeting Planners Network (now PlannerNet). Named one of the meeting industry’s 25 Most Influential, Abraham has been an advisor to industry groups and has served in numerous leadership positions locally, nationally and internationally. He continues his longtime passion of helping entrepreneurs start, survive and succeed as small business owners.

On a local level, Abraham’s service has included president of the MPI Greater Philadelphia Chapter and president of the Delaware Valley Society of Association Executives. He also chaired the Durham Convention Center Authority. He was named Planner of the Year by his Philadelphia-based MPI peers. A sought-after thought leader, Abraham has helped lead several industry standards-setting initiatives and has served on advisory boards of Disney, Omni, Sonesta and Westin, the International Association of Conference Centers and Certain Software.

He has been a guest lecturer at Drexel University, University Nevada-Las Vegas, Virginia Tech, East Carolina University and UNC-Charlotte.