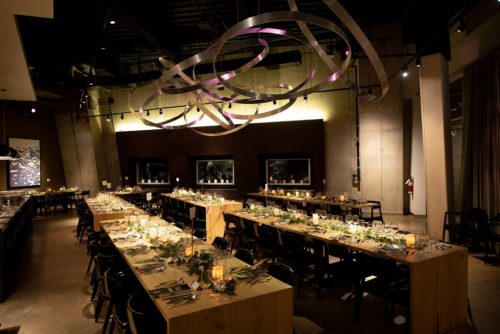 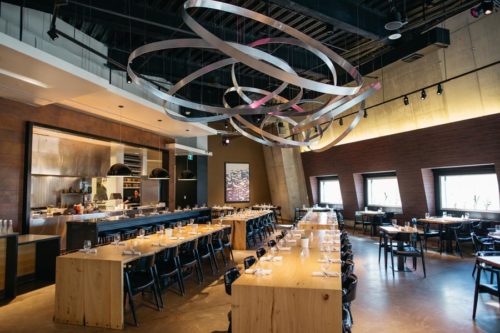 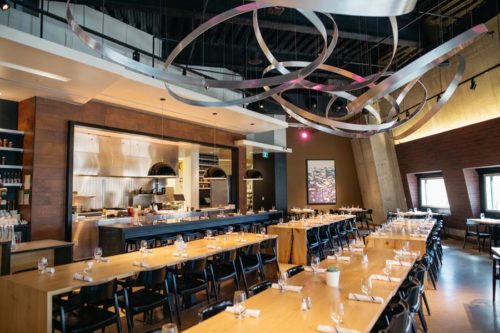 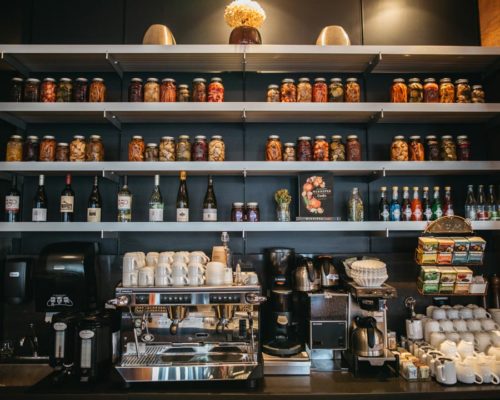 THE HISTORY
ERA Bistro is owned by Sparrow Hotels, founded by the Sparrow Family, who opened their debut property, Winnipeg’s Norwood Hotel, in 1937. More recently, Sparrow Hotels opened the Inn at the Forks (2004), was hired to manage Winnipeg’s MERE Hotel (2013) and, also in 2013, won the contract for the Canadian Museum for Human Rights restaurant and catering services. ERA Bistro opened in September, 2014.

THE CONCEPT
Right from the get-go, ERA set out to be much more than a “museum restaurant.” Indeed, with its distinctive contemporary design, dedicated team and carefully curated food and drink selections, ERA not only aims to exceed tourists’ expectations, it has become a destination restaurant for Winnipeggers. A grab-n-go counter sells takeaway meals, snacks and beverages.

THE FOOD
ERA’s kitchen spotlights locally sourced, Fairtrade and sustainable products, reflected in the seasonally updated food lineup. The Bistro is primarily open for lunch, so the menu emphasizes lighter fare (house-made soups, salads, sandwiches) and entrées such as pasta. “We love showcasing our local riches and demonstrating how the beauty of local ingredients can be transformed or maintained through methods such as pickling, curing and fermenting,” said bistro manager Stephanie McPhail. In addition, there are vegan and gluten-free options and a full selection of house-made desserts and baked goods.

THE DRINKS LIST
“We offer a full wine, beer and cocktail menu that also reflects our focus on local and Fairtrade products,” notes McPhail. On offer are 11 wines — four reds, four whites (two each by the glass), two sparkling wines and one dessert wine (B.C. ice wine). Wines from around the world are represented; house wines are sourced from South Africa and are Fairtrade certified.

Augmenting the wine list are signature cocktails fashioned from house-made ingredients with a focus on local and Canadian products, including Ferris Farms honey, Tall Grass Vodka and Walter Craft Caesar Mix. The beer lineup lists local and close-to-home breweries (Half Pints, Fort Garry, Torque, Lake of the Woods) and one Fairtrade import, Mongozo.

THE SPACE
Designed by Number Ten Architectural Group, the 1,560-sq.-ft. room, on the museum’s main floor, boasts a unique abstract-triangle shape and a sleek, industrial chic look realized in a palette of contemporary blacks, greys and silver punctuated with pops of purple. Furthering the industrial-modern vibe are wood, metal and concrete accents and a black ceiling hung with track lighting. The room’s focal point, however, is a huge abstract art piece, suspended over the centre of the space and comprised of a cluster of gleaming metal hoops arranged in whimsically imaginative angles. Opening to the museum lobby, one full wall of the restaurant is comprised of glass and runs adjacent to another wall of windows, flooding the space with natural light.

There are 93 seats in the restaurant, including a 16-person, high-top chef’s table, and another 54 seats on a landscaped patio surrounded by a country-like setting of trees and prairies grasses.

EXECUTIVE CHEF
Kirk Hanson. Prior to joining ERA, Hanson was executive sous chef at Inn at the Forks’ SMITH Restaurant. He worked at Inn at the Forks for 10 years and trained under Barry Saunders, who was part of the team that opened ERA.

MEETINGS AND EVENTS
ERA is only open to the public for dinner one night a week, so on all the other nights, the restaurant is available for private bookings. If an event meets the minimum food and beverage charge — $1,000 to $3500, determined by the time of year and day of the week — the venue waives the room rental fee.

“Our catering menu has the same emphasis on local, Canadian and Fairtrade cuisine, but in a high-end context, with three- to five-course dinners, passed appetizers, buffet selections and the like,” said McPhail.

The museum also offers several other spaces available for groups. ERA is the exclusive caterer for the museum and caters off-site events.

Played through speakers hung from the ceiling, the restaurant’s music system can hook up to any phone or iPad. A microphone is available for groups at no cost. Other audiovisual elements (screen, projector, photo booth, uplighting, etc.) can be booked through an outside vendor.