Travel + Leisure has named its five Best Cities in Canada, and for the seventh year in a row, Quebec City has come out on top.

Every year, Travel + Leisure surveys its readers for its World’s Best Awards, where they give their opinion on top cities, islands, spas, airlines, and more. 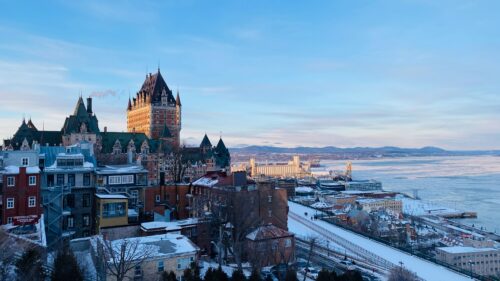 According to readers from the survey, Quebec City is the favourite as it has a European feel, (thanks to its churches and cobblestoned streets) as well as many well-loved hotels, like the Fairmont Le Château Frontnac and the Auberge Saint-Antoine.

Quebec City was also named a Hall of Fame honoree as it has been voted onto a World’s Best Awards list for the past 10 consecutive years.

You can read more about the 5 Best Cities, and about World’s Best Awards by clicking here.