TORONTO — Porter Airlines is ranked the most reputable airline in Canada and the second most reputable company, according to new research from Reputation Institute, it was announced June 15. 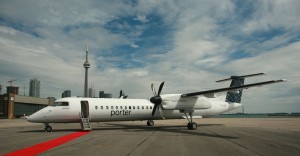 Reputation Institute released the 2016 Canada RepTrak 50, a study of the most highly regarded companies in Canada, including both international and homegrown organizations. Six Canadian companies cracked the Top 50, including Porter, which ranked 20th overall. The rankings are based on more than 40,000 ratings collected from Canadians in the first quarter of 2016.

In addition to the overall ratings from Canadians with stated familarity with each company, the RepTrak system also scores companies on seven key dimensions of reputation: products and services, innovation, workplace, governance, citizenship, leadership and performance.

“We are honoured to receive this recognition from Canadians. People take notice when you do things differently,” said Robert  Deluce, president and CEO of Porter Airlines. “That’s really what we set out to do at Porter with a value proposition based on speed, convenience and service. While the product has to be strong, it’s really the service aspect that, I believe, makes Porter stand out.”

Porter has also been recognized as the Best Regional Airline in North America at the 2015 Skytrax World Airline Awards and was voted one of the Best International Airlines, according to Conde Nast Traveler’s 2015 Readers’ Choice Awards.