Ottawa Tourism announced this week it is set to host around 700 women from rural and Indigenous communities at the Associated Country Women of the World (ACWW) 2026 Conference from April 24 – May 5, 2026.

Founded in 1929, the ACWW brings rural women and their organizations from 82 countries together to address the isolation of their communities, discrimination, and lack of standing in political processes. 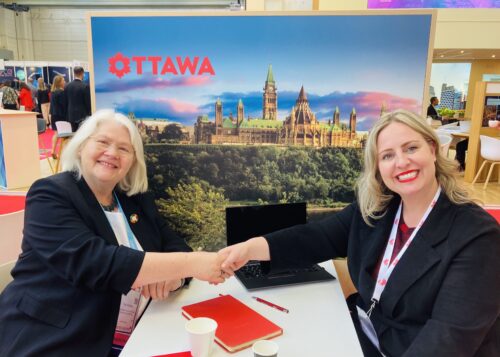 The ACWW’s 31st Triennial Conference will make Ottawa’s Westin Hotel its home in 2026. The daytime will feature conference content, while the evenings will include a range of cultural and community-focused events

The event’s prestigious gala dinner will take place in the Canadian Museum of History’s Grand Hall. It will be the fourth time the event has taken place in Canada, having previously used Toronto (1953), Vancouver (1983), and Hamilton (2001).

“Ottawa is an ideal destination for the 31st Associated Country Women of the World Conference as it offers world-leading event facilities juxtaposed against strong local rural communities and cultures,” said Tish Collins, Executive Director of the Associated Country Women of the World. “As a G7 capital, it also sits at the heart of world politics at a time when the rights of women have never been more in the spotlight. It is the right time and the right place to be at such an important time in history. This is the first time we have worked directly with a CVB team to deliver one of our events and Ottawa Tourism’s creativity, ideas and local knowledge have had a significant impact on the conference as well as its expected legacy. So much so that we are considering locating other fringe events in the run-up to 2026.”

Lesley Mackay, Ottawa Tourism’s Vice President, Meetings & Major Events added: “It has been a long-term aspiration of ours to host this event here in Ottawa. We are the perfect fit for it in terms of infrastructure and more importantly culture and political influence. I cannot wait to see the event take place, as well as its legacy and long-term impact for women in rural and indigenous communities.”