Two-thirds of venues are expected to recover to 2019 levels in 2022 or 2023 according to the recently-released IACC’s annual Meeting Room of the Future Barometer 2022. 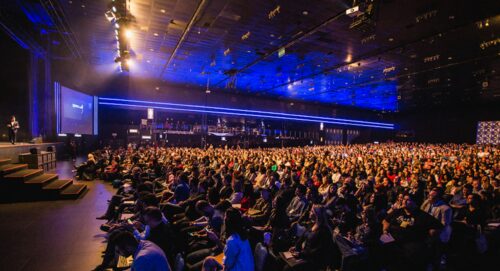 Photo by Samuel Pereira on Unsplash

The new report showed that respondents, which included 87 hotels from three continents, expect that 2023 would be the first year to surpass 2019 business events and meeting revenue levels. Denmark predicted it would see 2019 levels as early as 2022, while North American countries surveyed predicted 2019 levels wouldn’t be met until 2024.

The study also reveals that in 2021, the average meeting and business events revenues were down 45 per cent compared to 2019 levels, but in 2022, it is expected to be just eight per cent below 2019 levels.

“The study clearly points to the fact that recovery is moving forward, and the future looks bright for our industry, with a renewed value placed on face-to-face events,” said Mark Cooper, CEO of IACC. “However, we still face a number of challenges. Recent social and geo-political events have brought into sharp focus the need to focus on sustainability and the report shows that this is an area where there is significant scope for investment and improvement and which IACC venues must focus on going forward.”

The study also showed the gradual return to meetings weighted towards more in-person interactions. In 2021, 30 per cent of respondents said more than 90 per cent of their live events also offered virtual elements. In 2022, the same percentage dropped to just 19 per cent.

Staffing was another topic the report touched on as shortages have affected the industry since the pandemic began. The study predicted that the shortages will dissipate over time. And in 2022, more than half of respondents reported their venues will return to full staffing levels by the end of the calendar year.

You can read the full report, here.