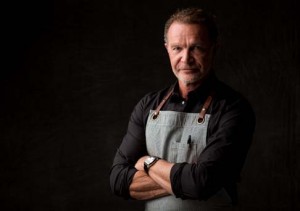 Renowned chef Mark McEwan is now the consulting chef for in-house culinary operations at the Toronto Congress Centre (TCC), a division of Congress Centres Ltd. McEwan will consult on all culinary activities within the one million-square-foot convention facility.

“We pursue opportunities that allow us to do what we do best, leverage our competitive advantages–to deliver only the best whether through our incredible people, core ideology and culture, advanced technologies or food experiences,” says Alain Sutton, chair and CEO, Congress Centres Inc. “By appointing Mark McEwan we will be able to consistently deliver this type of service excellence through his unprecedented culinary talent.”

McEwan has led the restaurant scene in Toronto for many years. He was the youngest executive chef at the upscale Sutton Place Hotel. He helmed groundbreaking restaurants including North 44, ByMark and ONE Restaurant, which is a staple for the “see and be seen” crowd in the city’s trendy Yorkville district. Most recently he opened the trendy resto bar Fabrrica.

In early 2009, he expanded into the upscale gourmet food market and opened McEwan at The Shops at Don Mills, a “grocery store” that caters to foodies and chefs. A second McEwan has just opened in the TD Centre, in the city’s downtown business district.

McEwan has also penned a best-selling cookbook, Great Food at Home.In addition, he is one of the country’s leading chef television personalities. His first show for The Food Network was “The Heat,” a behind the scenes look at the restaurant business. Since then he has served as a judge on “Chopped Canada.” He is now the head judge on “Top Chef Canada.”