OTTAWA — Freeman Audio Visual Canada has been selected by the Ottawa consumer and business community as the Consumer Choice Award (CCA) winner in the category of Audio Visual Services for the fourth year in a row, it was announced in late May. 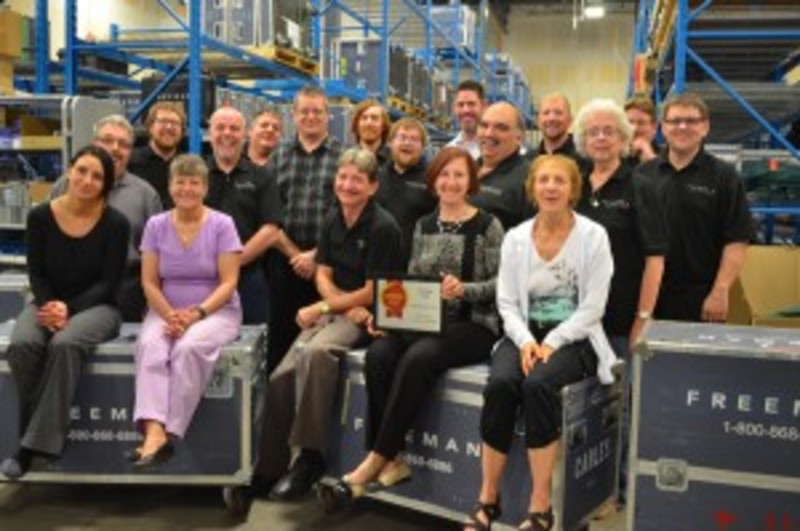 “They are truly a testament of the hard work and commitment to superior service they have continued to provide over the past year,”said Marcel Sbrollini, president, CCA. “They are once again a part of a very select group of businesses recognized by the  people of Ottawa for their excellence in business.”

Through an independent market-research survey, consumers and businesses in the Ottawa community voted Freeman Audio Visual as the top-ranked organization in its industry, without the influence of industry insiders, advocate groups or unethical business practices.

“It continues to be an honour and a pleasure to serve the residents of Ottawa, and we are immensely grateful for their continuing support and confidence,” said Kevin Wolfe, general manager, Freeman Audio Visual Ottawa. “My colleagues take pride in their work and are 100 per cent commited to providing customer service that is second to none. Having their efforts acknowledged truly means the world to them.”

A family- and employee-owned company , Freeman Audio Visual specializes in the production of meetings, conventions, special events and trade shows, providing a full range of services to support the way audiences engage with content. Each year, Freeman produces more than 4,300 expositions and 11,000 other events worldwide. In business for 87 years, the company has built up an extensive network of offices, talent and global partnerships. Additionally, the company invests heavily in maintaining and growing its stable of technology around the world.