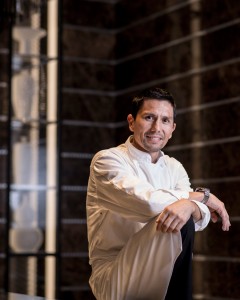 Gomez comes to Four Seasons Hotel Vancouver from his most recent post as executive chef at Four Seasons Hotel Pudong, Shanghai, where he led a brigade of 60 cooks, overseeing on- and off-site catering, in-room dining and two restaurants.

In Vancouver, Gomez will be overseeing YEW seafood + bar and catering and events.