BETHESDA, MD — Marriott International, Inc. and Starwood Hotels and Resorts Worldwide announced June 27 they have received unconditional clearance from the European Union for Marriott to acquire Starwood in a merger transaction. 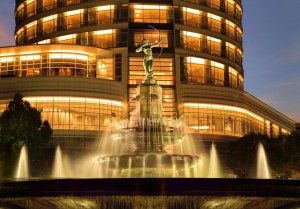 “This is an important merger for the hotel industry and its customers. Our investigation confirmed that the hotel sector will remain competitive for customers in Europe following the merger, so I am pleased that the Commission was able to clear the transaction quickly,” said Margaret Vestager, the commissioner for competition, in a press release issued by the European Commission announcing the decision.

Until legal close, the companies will continue to operate as separate and independent entities.

The company also manages the Marriott Rewards and The Ritz-Carlton Rewards loyalty programs.