Debra Lykkemark, CEO of Culinary Capers Catering and Special Events, was named Caterer of the Year at the 2016 Canadian Event Industry Awards. 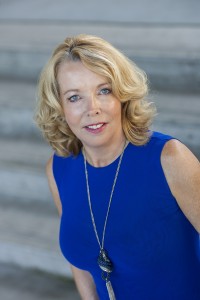 Lykkemark received the award at a special gala dinner, held March 31st at the Grand Luxe Event Boutique in Toronto.

The award is one of the highest honours for Canadian caterers. Its recipient is acknowledged as an event professional who inspires others to achieve success and raise the bar in the field of food service and design, has made contributions to the catering industry, and displays exemplary ingenuity with food ingredients, preparation and presentation.

This is the second honour for Culinary Capers this year. In March, the company also received a 2016 CATIE (Catered Arts Through Innovative Excellence) Award. It took the top spot in the Signature Caterer for a Multiple Day Event for its Nordstrom Vancouver Opening events in November 2015.

The CATIE Awards were presented on March 15th by the International Caterers Association at the 2016 Catersource and Event Solutions Conference & Trade Show in Las Vegas.