WASHINGTON, D.C. — Construction has begun on Conrad Washington, D.C., a 360-room luxury hotel at the 10-acre CityCenterDC mixed-use development, it was announced last month. Initial occupancy is expected in the first quarter of 2019. 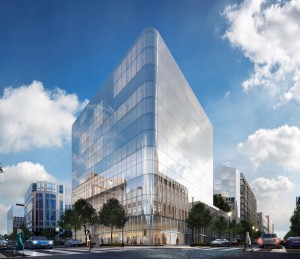 The hotel will feature 30,000 square feet of retail space that will complement the luxury retail component of CityCenterDC’s first phase. CityCenterDC features a mix of local, national and international retail brands, cafes and restaurants with extensive street frontage. Several retail tenants have already entered into negotiations to lease space in the Conrad Washington, D.C. project.

In addition, Bryan Voltaggio has been named the hotel’s restaurant chef, responsible for the concept and menu. Voltaggio is the executive chef and owner of several acclaimed restaurants in Washington, D.C., Virginia, and Maryland, including VOLT, RANGE, AGGIO, Lunchbox and Family Meal.

“With exceptional hotel rooms and exclusive retail elements, this new venture is in keeping with our vision of reflecting local characteristics and influences to create a destination designed to enhance the experience of everyone who stays and visits, and to inspire the way they choose to live, work and play for future generations,” said Fabien Toscano, chief executive officer, on behalf of Qatari Diar Americas.

Lead designers for the hotel are Herzog & de Meuron. Rottet Studio is designing the hotel interiors.

The initial phase of CityCenterDC is comprised of 191,000 square feet of retail space, 216 for-sale residential units, 458 apartment units, 522,000 square feet of office space, and public open space that was initially occupied in December 2013.