MANILA, Philippines and MCLEAN, Va. — Conrad Hotels & Resorts has debuted in the Philippines with the opening of Conrad Manila. 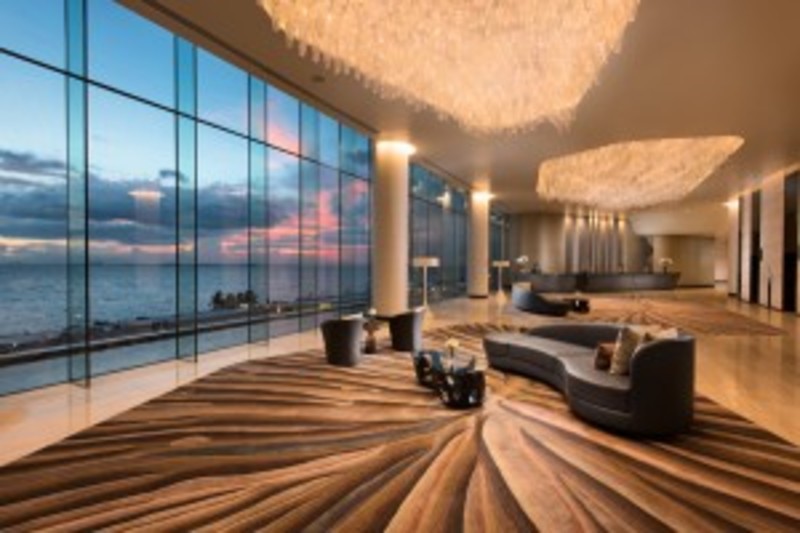 Owned by SM Hotels and Conventions Corp., and managed by Hilton Worldwide, the 347-room property is located in the 42-hectare Bay City shopping, leisure and business development. All guestrooms and suites feature a 42-inch flat-screen HDTV with an IPTV menu, WiFi and wired Internet access, Bluetooth-enabled entertainment technology and hydrotherapy rain showers. Suites and executive rooms offer bay or city views, with access to the executive lounge, and bathrooms feature in-mirrored TV.

Guestrooms and suites also feature intuitive technology. Upon sensing motion in the room, the air conditioning switches from energy-saving mode to cool. Curtains will automatically open with ambient lighting set to match the time of day.

Located on the third level is the coral-shaped infinity pool. Other wellness amenities include a 24-hour fitness centre and Conrad Spa, offering six treatment rooms with soaking tubs, private sauna and steam facilities.

On the meetings and events side, Conrad Manila offers four halls and two ballrooms spanning more than 43,000 square feet. For outdoor events, there’s The Veranda, a garden space overlooking the city.

In addition, the property offers the Conrad Concierge mobile app, which gives travellers the ability to customize details of their hotel stay before, during and after their visit via smartphone or tablet.