WASHINGTON, D.C. — Cliff House Maine, which reopened on Aug. 21 following the completion of the first phase of a $40 million renovation, has been accepted as the newest member of Associated Luxury Hotels International (ALHI), it was announced Aug. 17. 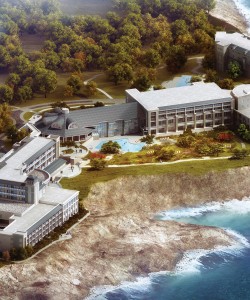 The 132-room oceanfront resort, which welcomed its first guests in 1872, is ALHI’s first and only member hotel in Maine. Located in southern Maine, the year-round resort is an hour’s drive north of Boston and a 40-minute drive from Portland. The resort has selected ALHI to provide global sales organization services to the North American M.I.C.E. (meetings, incentives, conferences/conventions, and exhibitions) marketplace, according to ALHI president Jim Schultenover. The resort is managed by Destination Hotels.

Nestled among 70 acres atop Bald Head Cliff on the southern coast of Maine, Cliff House Maine will initially feature 132 redesigned guestrooms and suites with glass terraces and ocean views, and 25,000 square feet of function space. Groups can choose from 10 meeting s paces, many offering ocean views and offering complimentary Wi-Fi and audiovisual services.

For the second phase of the transformation, the resort will expand further with additional guestrooms and an adults-only pool. This phase, which will bring the total rooms to over 225 rooms and suites, is slated for completion in July 2017. Cliff House Maine, which overlooks Nubble Lighthouse, is located in Cape Neddick, Me.