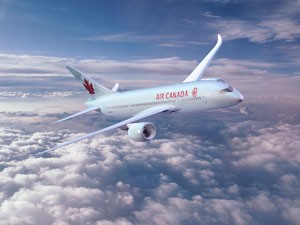 Since May 19, Air Canada and Air Canada Rouge have between them started seven new non-stop routes to Europe and one each to Asia, Africa and Australia as part of the airline’s international expansion. In addition, Air Canada has launched 11 new U.S. transborder routes since the start of May.

Flights by both Air Canada mainline and Air Canada Rouge are timed to optimize connectivity with Air Canada’s network. They also provide for Aeroplan accumulation and redemption and, for eligible customers, priority check-in, Maple Leaf Lounge access and priority boarding.

Also since the start of May, Air Canada has launched 11 new transborder routes to the U.S. The new pairings include: Toronto and Washington-Dulles, Jacksonville, Fla., Portland, Ore., and Salt Lake City, Utah; Vancouver and San José and San Diego, Calif., and Chicago; Montreal and Philadelphia, Pa., Denver, Colo. and Houston, Texas; and Calgary-San Francisco.

Air Canada serves more than 200 airports on six continents and provides scheduled passenger service directly to 64 airports in Canada, 55 in the United States and 87 in Europe, the Middle East, Africa, Asia, Australia, the Caribbean, Mexico, Central America and South America.