The Mandalay Bay Resort and Casino Convention Center has opened the 70,000-square-foot Oceanside Ballroom, the final phase of its $70 million convention center expansion. 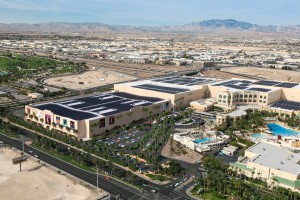 This month the Mandalay Bay expects to complete the final phase of its resort-wide, multi-year transformation—the $100 million redesign of more than 3,000 guestrooms and suites.

“To strengthen our position as a leader in the meetings industry, we have made significant changes and enhancements to provide a unique resort destination with diverse and comprehensive options to remain a top choice for corporate groups and trade shows of all sizes,” said Stephanie Glanzer, vice president of Sales at Mandalay Bay.

The resort’s high-density Wi-Fi has been added to the new space to accommodate more attendees, provide custom solutions based on the needs of the group and allow for the most advanced presentations.

The system’s benefits include one-time log-in for convention goers during their stay and seamless connectivity throughout Mandalay Bay, from the convention center to public indoor and outdoor spaces to the guestrooms. In addition, convention attendees will be able to stay connected with the same Wi-Fi when visiting any MGM resorts along the The Strip (Mandalay Bay, The Mirage, MGM Grand, Bellagio and ARIA).

Further solidifying what already is the largest convention center solar array in the world, the expanded Mandalay Bay Convention Center is incorporating an additional rooftop solar photovoltaic (PV) array spanning 8 acres. Upon completion in early 2016, the added portion of the array will generate approximately 1.9 MW with an approximate annual production of 3.4M kilowatt hours. Covering more than 28 acres, the combined array will generate enough electricity to power the equivalent of 1,300 homes.