Once upon a time destination choice was based on simple things like geography, venue options, lift and pillow counts. Then, until it became standard, connectivity was the new factor in choice. What has, somewhat purposely, flown under the radar are the various types of budgetary assistance available for certain types of business from some destinations.

Three years ago, Winnipeg planner Jonathan Strauss told M&IT about a meeting to pick the destination for a client’s 2014 AGM. “The chair of the board asked, ‘Who’s offering the most money?’ We never had it stated that way, so that certainly throws off rotation,” he said.

It was a first for Strauss. Since then “what are they offering” is almost an industry chant. One of the leaders in adding enhancements was Montreal, which found the organizer’s soft spot and snatched the 2012 World Congress on Information Technology from front-runner Guadalajara, with the offer of attendance assistance to delegates from smaller countries and companies.

The range of incentives, rebates and other budgetary support offered by more and more destinations is growing. But as much as destinations want the business, they’re not throwing cash at groups.

David Gazley, vice-president, Meetings & Convention Sales for Tourism Vancouver, says, “We’re all pretty level-headed, very rarely does a bidding war happen. Sometimes when a destination has access to new funds (especially in the US) you’ll see cities being quite aggressive. But we don’t like to look at it as a bidding war, and that usually doesn’t happen. It is not healthy or sustainable for anyone. If it’s the right piece of business for the right destination, most clients are going to make the right decision.”

Gazley is also not always interested in hearing what other destinations have offered.

While CVBs and DMOs keep a level head some of the asks are out there. Like the UK group that wanted £500,000 to come to a destination to discuss the potential for an event.

Minto Schneider, CEO of the Waterloo Regional Tourism Marketing Corporation, who hopes to introduce a destination marketing program this year, understands. “We get some unreasonable requests from some groups. The support [provided by the CVB] has to make sense and be a win-win for the destination and the group.”

What business is worth to a destination is one of the considerations used by those with support funds. Caroline Langelier, director of sales for the Quebec City Business Destination, says their tiered assistance criteria considers, among other things, “the number of bedrooms they have, the length of stay and the period of the year,” which sort of adds a loyalty component to qualifying groups.

While Quebec City has set criteria, there is some flexibility. For example, because some destinations have single hotels that are bigger than those in Quebec’s inventory, there could be shuttle service assistance to compete with the one-roof appeal of some properties.

Tourism Vancouver’s Gazley says: “We’re very customized, very personalized. We will explore what the RFP looks like to determine where an organization might need support. We want to find out what’s important to them in terms of their financial model. We want to see what their hard costs are, where we feel we can help on the finances in order to bring an event to Vancouver. For a couple of major international medical conferences, some of the financial support we as the destination provided helped the organization bring attendees from developing countries to the meeting. These attendees receive top level education first hand and can take it back to their countries. There are many different ways to invest the funds. There are very few destinations out there writing blank cheques. It’s our job to find out how best we can support organizations looking to bring their meetings, conventions and events to our city. If we are able to provide some form of partnership funding, it is very targeted, we want to know where the money is going, how it is being maximized, leveraged and what costs it is going to help offset.”

Quebec City is one of the fortunate destinations when it comes to funding their operations. Like most destinations they derive a substantial portion of their revenue from a three per cent bed tax, plus membership fees as well as city, provincial and federal support.

The other competitive impact may not be so much about destinations winning business as planners finding space. Current exchange rates, which some have predicted could drop to 59 cents against the Greenback before the Loonie recovers, could both enhance Canada’s attractiveness for international groups and trap domestic business in a staymeeting mode. ROI doesn’t just apply to meetings, but to destinations as well. 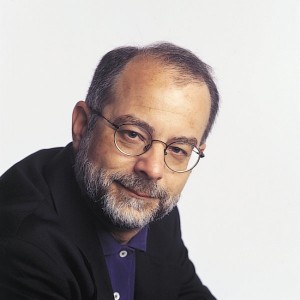 –Allan Lynch is a freelance journalist based in New Minas, Nova Scotia. He writes extensively about the business events industry.